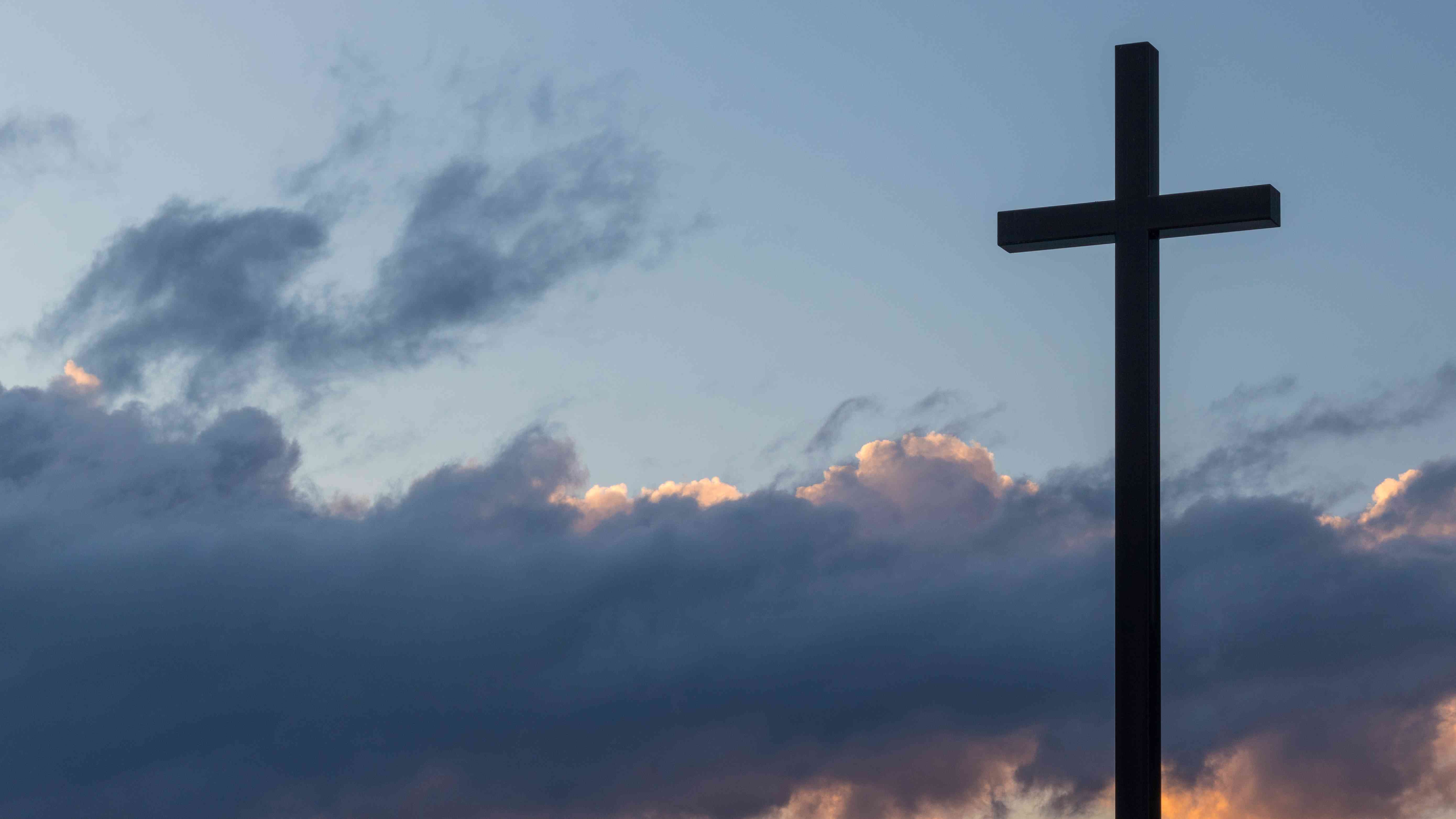 Can God Change Me?

Can God Change Me?

Revelations 21:5 - “And he that sat upon the throne said, Behold, I make all things new.”

The Bible is filled with the lives of people that God changed.  If God can change the various lives of all the people mentioned and so many more, then most certainly God can change your life too!  God changed King Nebuchadnezzar from being proud and haughty, and self-centered to a worshipper of Him.  God changed Isaiah the prophet from being conceited and looking down at others to a man who said, “Woe is me, for I am undone.”  God changed the apostles Peter and Paul.  Peter was an emotional fisherman and Jesus made him a foundational rock of stability for the early church.  The apostle Paul, previously named Saul, was a religious zealot who persecuted Christians.  He would go out and find them, imprison them, and have them killed in Jerusalem.  He was personally responsible for at least 1,200-1,500 Christians being martyred for Christ.  Not only was he used by God to pen about 50% of the New Testament Scriptures but he led the rest of the apostles in taking the gospel to the known Gentile world.  Peter had gained the reputation of being the apostle to the Jews while Paul to the Gentiles.  God wants to change you too!  Will you let him?  Here are some other Bible examples of people changed by God.  See if you can identify with them and then believe that God will change you too!

“And Jesus entered and passed through Jericho. And, behold, there was a man named Zacchaeus, which was the chief among the publicans, and he was rich. And he sought to see Jesus who he was; and could not for the press, because he was little of stature. And he ran before, and climbed up into a sycamore tree to see him: for he was to pass that way. And when Jesus came to the place, he looked up, and saw him, and said unto him, Zacchaeus, make haste, and come down; for today I must abide at thy house.” - Luke 19:1-5

Zacchaeus had earned his reputation as a businessman.  He was a tax collector, and not just any tax collector, he was the chief or leader of the tax collectors.  He was responsible to exact the taxes from the Jews, of which he was one, and give the money to the Roman empire.  Tax collectors were allowed to collect more than what the Roman government required.  This is how Zacchaeus had earned his money, his reputation, and his position.  Zacchaeus went looking for Jesus.  He was inquisitive and inquired about Jesus.  Once he knew where Jesus was going to be, Zacchaeus went there first and climbed a tree so that he could see him.  Jesus stopped right under that tree and called Zacchaeus out from the crowd.  Jesus then went to Zacchaeus’ house and had a meal with him.  We know that Jesus changed Zacchaeus because of what Zacchaeus said.  “And Zacchaeus stood, and said unto the Lord; Behold, Lord, the half of my goods I give to the poor; and if I have taken anything from any man by false accusation, I restore him fourfold.” (Luke 19:8)  Think of that, God changed Zacchaeus through a personal encounter.  Will you let God change you?

“There was a man of the Pharisees, named Nicodemus, a ruler of the Jews: The same came to Jesus by night, and said unto him, Rabbi, we know that thou art a teacher come from God: for no man can do these miracles that thou doest, except God be with him.  Jesus answered and said unto him, Verily, verily, I say unto thee, Except a man be born again, he cannot see the kingdom of God.” - John 3:1-3

Nicodemus sought Jesus so that he could talk to him one-on-one.  Yet, when he came to Jesus, Jesus didn’t allow Nicodemus to control the conversation and simply talk about the miracles.  Jesus spoke directly to the heart of Nicodemus when He said, “Except a man be born again, he cannot see the kingdom of God.”  Every Jew wanted to spend eternity with God in heaven, especially the religious leaders!  Nicodemus had done everything religiously up to that point to assure himself of heaven.  However, Jesus pointed out that he needed a relationship with God as his Father, not his religious exercises in order to get to spend eternity in heaven.  The relationship that Jesus spoke of is founded in faith.  Being born again into God’s family is a birth or family experience that is based on expressing faith in Christ as one’s only way to heaven.  Without being born again, there is no way to enter heaven.  No matter how many good works or religious exercises a person does, faith is the only way to heaven.  Jesus went on to explain faith to Nicodemus because that is where Nicodemus needed to grow in his understanding of faith for salvation.  Are you saved?  Have you been born again into God’s family?  You can be right now.

“And when he was come out of the ship, immediately there met him out of the tombs a man with an unclean spirit, Who had his dwelling among the tombs; and no man could bind him, no, not with chains: Because that he had been often bound with fetters and chains, and the chains had been plucked asunder by him, and the fetters broken in pieces: neither could any man tame him. And always, night and day, he was in the mountains, and in the tombs, crying, and cutting himself with stones.  But when he saw Jesus afar off, he ran and worshipped him.” - Mark 5:2-6

Jesus and His disciples went across the sea of Galilee and were greeted by the man we know as the Demoniac of Gadara.  This man was possessed by demons known as Legion.  A Roman legion of soldiers varied from 3,000 to 7,000 historically, and in Jesus’ day consisted of 6,000.  The man, who lived among the tombs, exhibited supernatural strength and was unable to be bound by others.  As soon as he saw Jesus, he ran and worshipped Him.  This man, whom many had described as not being in his right mind, ran to worship Jesus as soon as he saw Him.  He was in his right mind.  He was also in bondage to the enemy.  He would live in the mountains and among the tombs, he would self-harm himself by cutting himself with stones.  Jesus changed him.  Jesus cast out the demons and permitted them to inhabit the swine or pigs that were nearby.  The pigs went “crazy” and ran down into the water and drowned themselves. But the man was changed.  His life was forever changed.  He wanted others to know it too! Mark 5:20 reads, “And he departed, and began to publish in Decapolis how great things Jesus had done for him: and all men did marvel.”  Although his reputation for living among the tombs had preceded him, it now ceased.  People marveled at the difference they could see in him.  If Jesus changed him, then Jesus can change you!

Will you give Jesus an opportunity to change you?  Will you seek for Him like Zacchaeus, Nicodemus, or the Demoniac of Gadara?  He has changed billions of lives, will you let Him change yours?  In Revelations 3:20 Jesus states, “Behold, I stand at the door, and knock: if any man hear my voice, and open the door, I will come in to him, and will sup with him, and he with me.”  Jesus wants to change you and your life, will you invite him into your heart today?  He wants to make your heart His home, but you must invite Him in.  Will you do that right now?

How to let Jesus change your life:

*All have sinned. (That includes you)

*All deserve to pay for their sins, by being separated from God forever in Hell.

*Jesus paid for all of your sins on the cross and rose again the third day, conquering sin, death, and hell.

*Ask Jesus to forgive you personally for your sins right now in prayer.

“Dear God.  I am a sinner.  I deserve to pay for my sins.  Thank you for sending Jesus to pay for my sins through his death on the cross.  Please forgive me and give me a home in heaven.  In Jesus’ name. Amen.”

Please let us at EncouragingChristians.com know how we can be a help to you by contacting us.  Thank you.

Back to Blog Posts >

Thank you! Your submission has been received!
Oops! Something went wrong while submitting the form.